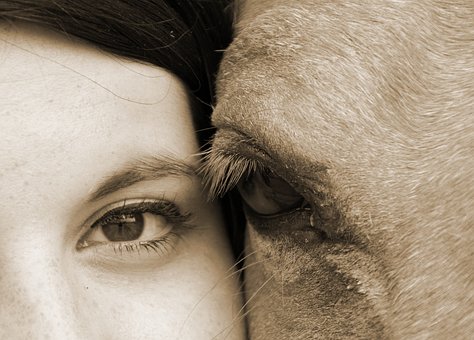 First and foremost, stress has become a great problem throughout the nation, as it oftentimes causes one’s health to slowly deteriorate before his/her eyes. Yet, even so, there are various ways in which certain stress can be prevented, as well as the aftermath that follows any traumatic experience—and/or experiences. One way that this can be done is through horseback riding, as it has a number of physical, emotional, and mental benefits which allow a release—as well as relief—for those struggling/affected by stress, trauma, or both.

As a matter of fact, in our modern day world, horses are being implemented into the lives of individuals—with differing backgrounds. For example, since horses help with stress management in that of humans we see “horses being incorporated into therapy for people with diagnosed disorders such as PTSD, victims of domestic abuse, children with autism, and more”.

In turn, horses allow humans to release certain feelings—and/or emotion—which have been built up over the days, months, or years due to what they may have undergone prior. One study in particular shows that “while riding, a chemical is released by your brain that gives you a euphoric and elevated feelings and this chemical helps you release stress”. In addition, while many focus on strictly physical benefits of horseback riding, there are many underlying benefits that go unnoticed in the midst of such. Not only that, but those who have experienced severe trauma in the past, or who face severe behavioral issues in their early years, oftentimes find comfort when looking to an animal, rather than that of another human. For, horses are quiet, and interact differently than how humans interact with other humans.

Therefore, many of times it is much easier for one to establish a connection with a horse, rather than to establish one with that of his/her own species—since his/her own species is of such great likeness. As a result of such, it can pose as challenging to certain things with others, due to the trauma and stress that is left by another, or by the stress of personal issues he/she is faced with.

However, when one finds a connection between his/her horse, no words have to be said, but a mutual understanding takes place instead through just being in the space of the horse. In conclusion, this allows one to implement their stress in to something—particularly an animal—and help them heal as a result of such, as they find a way to not just cope, but handle the problem head on, while still establishing a connection with their horse.

This may be a good place to introduce yourself and your site or include some credits.