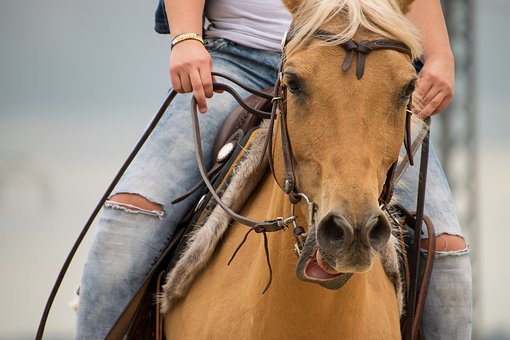 First and foremost, humans and horses have more in common than one might think. For, even though we might not look the same physically, there are a lot of underlying components that make us similar. However, such things oftentimes never fail to go unnoticed as people may find themselves either intimidated by horses, or indifferent about them, due to lack of verbal communication.

Consequently, ones who are faced with such a mindset, miss the relationships that take place between horse and human entirely. As a matter of fact, “previous studies have found that horses can recognize expressions,” which in turn, allows an indescribable bond to take place between two not so different species. As a result of such, we see many horseback riders, and/or horse owners, developing not only a physical understanding with that of their horse(s) as they train, etc. but also an emotional one as well.

In addition, “the animals can not only recognize expressions, but can also remember them and link them to a specific face.” That’s why we oftentimes see horses reacting based on the actions and behavior of a particular individual because they are able to feel what that person is feeling—in a way—through their expression, etc. As a result of such, one who gets ready to ride a horse is oftentimes told not to be fearful, afraid, and/or scared, but to keep himself/herself relaxed. For, it is then that the horse can remain relaxed as well, and the behavior of both horse and human may find itself in unison.

Furthermore, one study in particular took place which allowed horses to see photographs of those with happy facial expressions, angry facial expressions, and neutral facial expressions. Then, when it came time to meet that individual in person, “they found that the horses saw those who had been photographed with angry faces to be more threatening.” This goes to show that relationships are important between humans and horses, and that the gentle giants are able to understand the emotions that humans are faced with. Through knowing such, a human can begin to not just grow with his/her horse through physical exercise, but emotionally as well, as his/her horse helps him/her to grow in a way that goes unseen by the eye. By doing such, they can find themselves in a place of great happiness, as they replace the time that they would spend being tense and on edge, with the time to place such things elsewhere, as they put their focus on that of their horse.

This may be a good place to introduce yourself and your site or include some credits.